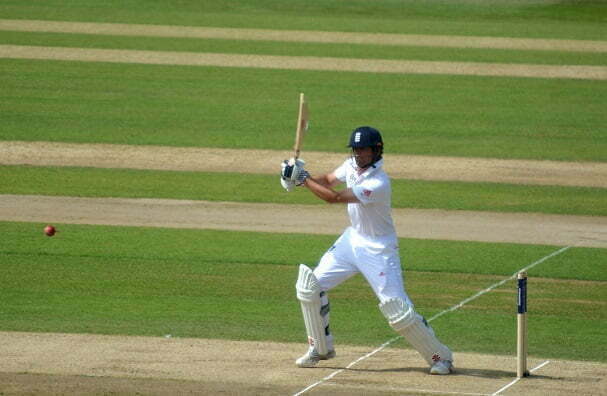 The subcontinent is always a challenge for touring cricketers. In recent years India has rediscovered its enthusiasm for Test cricket, and accomplished sides from Australia and South Africa have been given very short shrift. Several pundits predicted a five-nil victory for the home side against England. Of course, they may well get a four- nil victory – I write this before the start of the fifth Test in Chennai – which would be almost as good, or bad. But the fact is that England, although disappointing in patches , and losing too many critical sessions, have not been humiliated.

There were even some positives. It may be a bit early to say but both Haseeb Hameed and Keaton Jennings seem ideally suited to batting in the top three , which would allow Joe Root to drop down to number four. Adil Rahid troubled most of the Indian batsmen. England’s core all – rounders, Ben Stokes and Moeen Ali, were rarely out of the game, though their Indian counterparts the Ravis, Ashwin and Jadeja, played a more pivotal role at the end of the day. But, as has been pointed out before , the real difference between the sides was the remarkable Virat Kohli. This was almost literally the case. At Visakapatnam , India obtained a first innings lead of 200; Kohli made 167. At Mumbai it was 231: Kohli made 235.

Of course there were disappointments. Although a whitewash was widely predicted, the fact is that England had won their last series in India. Four key players- the captain Alastair Cook, James Anderson, Stuart Broad, and Root -were in this team (though Broad was hors de combat after the first Test in Rajkot, largely dominated, incidentally, by England). So there was no lack of experience. But there was no Graeme Swann, which was a critical difference between those two English sides. Too many crucial catches were dropped.

Still, this has been far from being England’ s worst tour of India. That dubious privilege belongs, surely, to Graham Gooch’s ill – starred expedition in 1992- 93. Like this time, there was a little precursor , a one- off Test in Colombo. England were outplayed, a young off spinner called Muttiah Muralitharan , playing in his fourth Test, taking four wickets in England’s first innings. It was Sri Lanka’ first Test win against England. Cue Bangladesh in 2016.

It was England’s first tour of India since David Gower’s highly successful visit in 1984- 85. The veterans Gooch and John Emburey – who had last been to India on Keith Fletcher’s tour of 1981-82 ( Fletcher was the manager this time) and Mike Gatting were the only players with previous Indian experience.

Selection had been hugely controversial because of the omission of Gower and wicketkeeper Jack Russell. The non selection of Gower , in particular was virtually the subject of questions in Parliament. It was a big mistake.

Everything went wrong. England lost three-nil: they just couldn’t get going. Sachin Tendulkar, Mohammed Azharuddin and Vinod Kambli – remember him? – scored runs almost at will. The Indian spinners, Anil Kumble in particular, ran rings round the England batsmen. (Fletcher said that on his reconnaissance mission he hadn’t seen Kumble turn a single ball from leg to off.). The big names all failed but , perhaps inevitably, perpetual under-achievers Graeme Hick and Chris Lewis both made hundreds.

There was no commission of inquiry at the end but chairman of selectors Ted Dexter suggested after the defeat in Kolkata that there should be an investigation into the effect of air pollution on Test cricketers.

Should anything happen after the current defeat ? Of course it is a different world with central contracts and a professional management stucture. But there is talk of Cook calling it a day as captain. That would be regrettable.

Cook is understated in everything he does. No one would call him a master tactician but he can’t be blamed for anything that went wrong in India ( though he must have been involved in the decision to pick four seamers in Mumbai). But it is important for him to carry on now, with a challenging series against South Africa coming up and then The Ashes Down Under. Root needs to focus on improving his conversion rate before being distracted by the captaincy.

Is Cook a great batsman? Probably not. But he is virtually the only example we have left of a genuine old fashioned Test batsman. I watched him score 148 at Adelaide in December 2010, a few days after he had made 235 not out at the Gabba. The thing you noticed was his single-mindedness and unflappability. He seemed exactly the same at the end of his innings as he was at the beginning. That’s quite unusual. The player we see now is demonstrably the same player who scored 104 not out in his first Test in Nagpur in 2006.

Cook will be thirty two on Christmas Day. He could go on for a good few years yet. He has survived disappointments like being removed as one day captain weeks before the World Cup and the trauma of the 2013-14 Ashes. He is stubborn, tough and resolute.

One thing’s for sure – we’ll miss him more than we will expect once he’s gone.