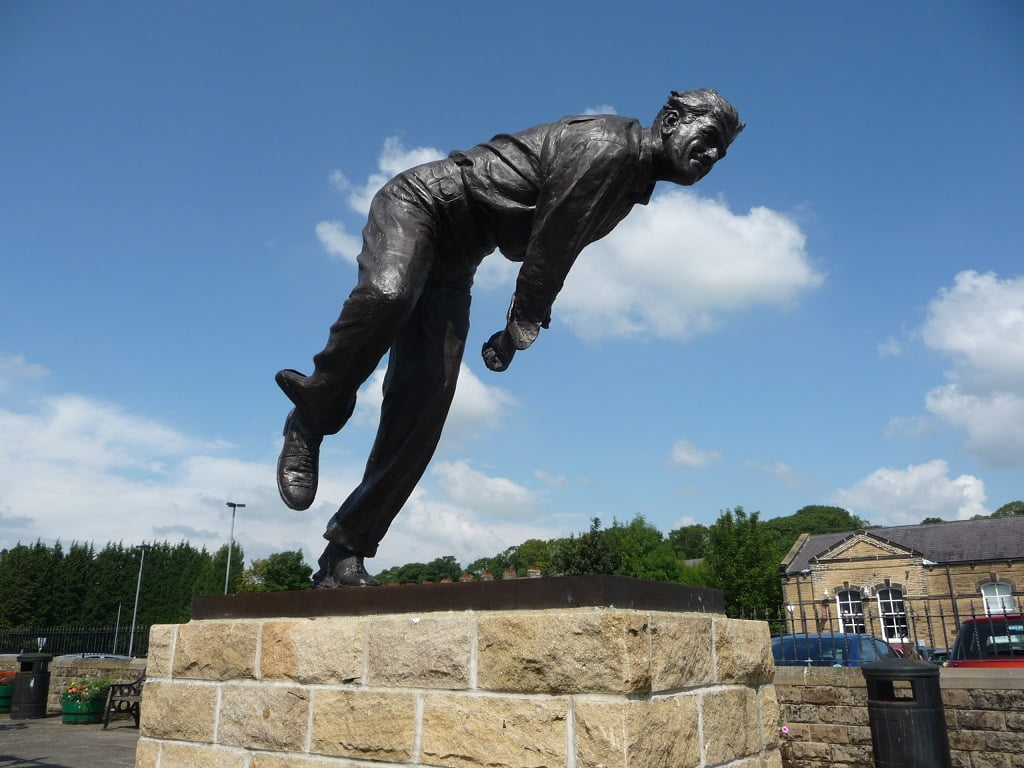 “He is the best bowler England have ever produced”.

Alistair Cook’s verdict on his opening bowler, James Anderson, delivered on the eve of England’s fifth Test against India at The Oval, was entirely understandable. Anderson, with help from Stuart Broad, Joe Root, Moeen Ali and Ian Bell among others, had given Cook a get out of jail free card. In fact Cook’s most generous benefactors were the Indians themselves. Their precipitate decline into incompetent submissiveness was reminiscent of the collapse of the Holy Roman Empire after the battle of Austerlitz.

Anderson played a major part in this. His ability to swing the ball either way, seemingly at will, presented the Indian top order with questions they were simply not capable of answering.

He is peerless in English conditions, fast-median rather than fast, but with a mastery of line and length that recalls the discipline of a bygone era. And his effectiveness is not limited to the home front. Like most Englishmen he will want to cast a veil over the 2013-14 visit to Australia but he was pivotal to England’s victory Down Under three years earlier.

But England’s best bowler ever? Of course comparisons with cricketers – or performers of any sort – of different eras are notoriously difficult.

Almost fifty years to the day before Cook’s accolade, Fred Trueman became the first bowler to take 300 wickets in Tests, when Colin Cowdrey caught Neil Hawke at slip in the fifth Ashes Test at The Oval. Trueman had started life as an out and out pace bowler. He and the great Alec Bedser (the Anderson of his day) reduced India to nought for four in their second innings at Headingley in 1952, which makes Manchester’s eight for four seem almost respectable. Trueman, rarely sure of a regular place in the England line up boosted his natural talent by turning himself into a really clever bowler, like Anderson. At his peak, in the early 1960s he won Test matches virtually single-handed against Richie Benaud’s Australians in 1961 and Frank Worrell’s West Indies in 1963.

One is tempted simply to say QED but of course times have changed. Averages in particular have changed. Just as in life fifty is the new forty so cricket statistics have to be re-assessed (so what do we do about Steyn, expressly compared by Cook to Anderson, who has taken 383 wickets in 75 Tests at an average of 22.56?)

Basically things have got easier for batsmen. Covered wickets, heavier bats, bouncer restrictions, the arrival of Bangladesh as perennial whipping boys (Bell averages 158.25 in six Tests against them) are calculated to drive up batting averages and put a corresponding dent in bowling figures. Of the 43 Test batsmen with batting averages of over fifty, nineteen have had careers which stretched into or have been comprised totally in the twenty-first century. Anderson – like Steyn – has been bowling in a batsman’s paradise.

When Trueman got his three hundredth Test wicket in 1964, the top twelve Test wicket-takers of all time were either Englishmen or Australians. It was similar with the batting, though Everton Weekes of the West Indies sneaked, or rather blasted, in at number ten. England’s Walter Hammond had been Test cricket’s leading run-scorer since 1937 and remained so until 1970.

How things have changed from the days of that Ango-Australian duopoly! Ian Botham, who retired over twenty years ago, remains England’s leading Test wicket taker, with 383. He is fourteenth on the all time list; every Test playing country except Zimbabwe and Bangladesh has someone ahead of him. Things are not quite as bad with the batting. Graham Gooch (retired 1994) remains in front but there are no Pakistanis or New Zealanders ahead of him. Cook, still only 29, is fewer than 500 runs behind his mentor.

There are all sorts of explanations for this of course. But the fact is that Trueman was playing in a golden age of English cricket. His contemporaries included five middle-order batsmen who could genuinely be called great – Peter May, Tom Graveney, Colin Cowdrey, Ken Barrington and Ted Dexter (they never played together in a Test). Have there been any since, apart from Kevin Pietersen? (David Gower and Graham Thorpe will have their champions.) His bowling contemporaries, apart from Bedser, included Brian Statham, Frank Tyson and Jim Laker. The wicketkeeper, Godfrey Evans, was one of the best ever.

Trueman, asked if he thought anyone would emulate his unprecedented achievement, famously replied that if anybody did they would be bloody tired. Well maybe. But a succession of bowlers from all around the world, culminating with Muttiah Muralitharan’s surely impregnable 800 Test wickets, have put things in perspective.

Anderson clearly shares some of Trueman’s chippiness. But he does not appear to have his distinguished forebear’s almost disarming lack of self-awareness. In the final chapter of his magnificent biography of Trueman – unquestionably a must for any cricket library purporting to be “complete” – John Arlott recalls asking the great Yorkshireman what the book should be called.

The response came without a moment’s hesitation “T” Definitive Volume of t’Finest Bloody Fast Bowler that Ever Drew Breath”.

The article was published in ESPN Cricinfo:  http://www.espncricinfo.com/blogs/content/story/776791.html 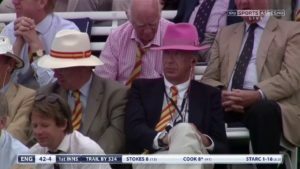 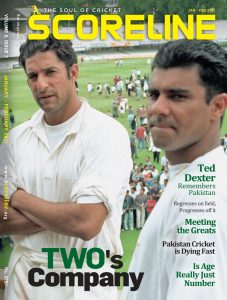